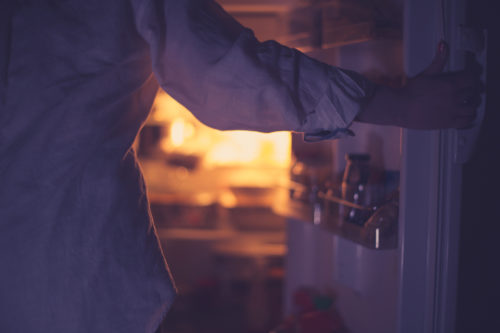 What Factors Drive Women to Binge Eating at Night?

One of the most significant changes we have to face as we age is the fact that our bodies don’t work as well or as efficiently as they used to work when we were younger. This is an extraordinarily tricky phenomenon for women over 50 to face. The reality is that our metabolism changes and slows down as we age. Those changes don’t happen overnight. But instead, they’re related to the gradual way in which our hormones shift. To help us deal with the frustrations we experience because of binge eating, emotional eating, and especially, night time eating, we need to understand how metabolism works. We also need to learn about how hormonal shifts that occur as we mature affect how our aging bodies adapt to those changes as they relate to metabolism.

Understanding Metabolism, What it Is and How it Works

Metabolism is a complex process by which the body uses biology to convert everything we consume (food and drink that equal calories) into the energy that fuels our bodies.

Our hormones determine the rate at which the body uses those calories. Everyone is different when it comes to their hormonal makeup. Many factors play a part in how fast or how well our metabolism works. Those factors can include:

Part of the aging process (as unpleasant as it seems,) involves hormonal changes. The change in hormone levels can and often does have a significant impact on the way our bodies store or lose fat. Those hormonal changes cause our metabolism to change. And the most significant changes in metabolism occur around menopause, and for most women, that starts at sometime around the age of 50. The hormone that has the most significant impact on our metabolic changes is estrogen, and estrogen levels go down as we approach and enter menopause.

The decrease in the pituitary gland’s production of growth hormone becomes more evident as we age. It works hardest when we are young because, at that life stage, it plays a vital role in the stimulation of cell growth. As we age, its function becomes more entwined in metabolism because it helps the body build muscle, increase protein production (which is needed for muscle building) and helps the body use fat efficiently. Once the body’s production of the pituitary gland’s growth hormone slows down, so does the body’s ability to maintain muscle. That, in turn, has an impact (albeit a less desirable one) on the efficiency with which the body burns calories.

Weight Gain and Metabolism After Age 50

The two primary reasons for weight gain and increased body fat after age 50 are:

AARP cites the American College of Sports Medicine in sharing that starting at the age of 50 people lose 5 to 10 percent of their muscle mass for every ten years they age. At the same time, the body experiences a decrease in its resting metabolism rate of 2 to 3 percent per decade.

Why Are Women Over 50 Binge Eating at Night?

Although there may not be a lot of discussion about night eating – whether it’s just casual or mindless emotional eating or binge eating  that’s severe enough to warrant a diagnosis of the disorder, it is not a new phenomenon. As long ago as 1955, Dr. Albert Stunkard, a psychiatrist at the University of Pennsylvania described a behavior pattern that he called “night eating syndrome.” He was the first behavioral scientist to recognize the behavior as a syndrome. 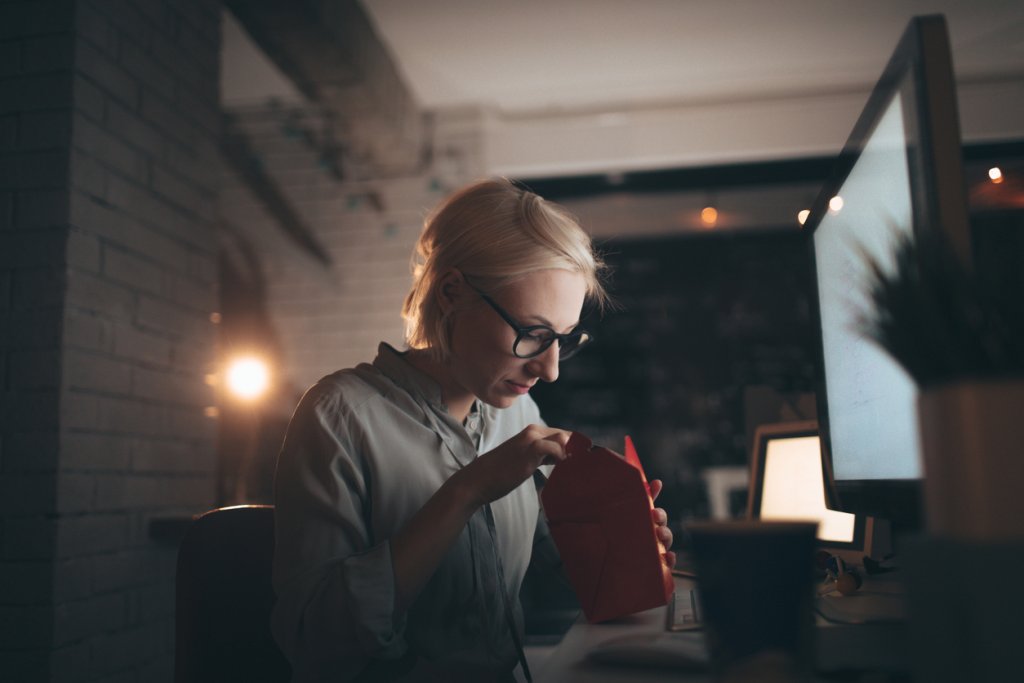 The results of a later study whose findings were released in 1999 in the Journal of the American Medical Association found that people who are night eaters or nighttime binge eaters ate over 50% of their total daily caloric intake between the hours of 8 PM and 6 AM. The subjects in the control group of that same study consumed a mere 15% of their total daily caloric intake during that same time frame.

It is crucial to distinguish between the night eating syndrome and binge eating that fits the criteria for binge eating disorder. Both conditions involve emotional eating. The main difference is that for night eaters, their so-called binge behavior consists of the consumption of far fewer calories. People who suffer from a binge eating disorder can eat as many as 2,000 to 3,000 calories in one sitting.

Night eaters are often tempted to rationalize their behavior by not eating or restricting their calories during the day. They believe that because they were so restrictive about eating during the day, they can consume the majority of their daily caloric intake at night.

The trouble is, the more deprived women feel, the hungrier they get throughout the day. As the day progresses, the hunger sensation turns into a nagging feeling. The longer the deprivation continues, the more the nagging hunger becomes. Eventually, the sense of deprivation becomes so intense that it’s impossible to think about anything but food. This is the point at which the continued denial throughout the day leads to a loss of control when it comes to healthy eating at night.

What Does That Mean For Women Over Age 50?

Unfortunately, this means that even if your diet is the same as it’s always been and you have and always have had healthy eating habits, you may still gain weight. If health issues have started to have an impact on your ability to maintain the same level of physical activity that you previously engaged in, the combination of a slower metabolism and less activity may be manifesting itself in the form of increased body fat.

To avoid the all-too-common phenomenon of post-menopausal weight gain, you will need to adjust your caloric intake to account for the decrease in muscle mass and the slower metabolism. But there is a way to rebuild muscle mass and in so doing, reverse the metabolic slow down your body has been experiencing. The trick is simple: beef up your protein intake!

The Centers for Disease Control estimate that the average person consumes 16 percent of their total calorie intake in the form of protein. The problem is that people need much more protein than that in their daily diets. In general, considering body weight as part of the calculation, starting at age 50 or menopause, women should consume 30 to 40 percent of their total daily caloric intake in the form of protein. Increasing your protein consumption is an excellent way to prevent muscle loss which is a key factor in the slow down your metabolism experiences (perhaps unnecessarily) after the age of 50. Another benefit of increasing your protein consumption is the fact that you won’t feel as hungry – especially at night when you’re more likely to engage in emotional eating without regard for the number of excess calories you’re consuming.

Why is Binge Eating at Night So Bad and What Can Women Over 50 Do to Take Back Control?

If you think that the reason that night eating is so bad for you is related to a slower metabolism, you’re wrong. The thing that makes night eating so bad for you is the fact that it increases the number of calories you consume throughout the day. Over time, those extra calories add up, and unless you’re active enough to burn them, they lead to weight gain.

What are the Foods that Wreak Havoc on Insulin Levels?

Foods that are loaded with simple carbs and low on fiber such as: 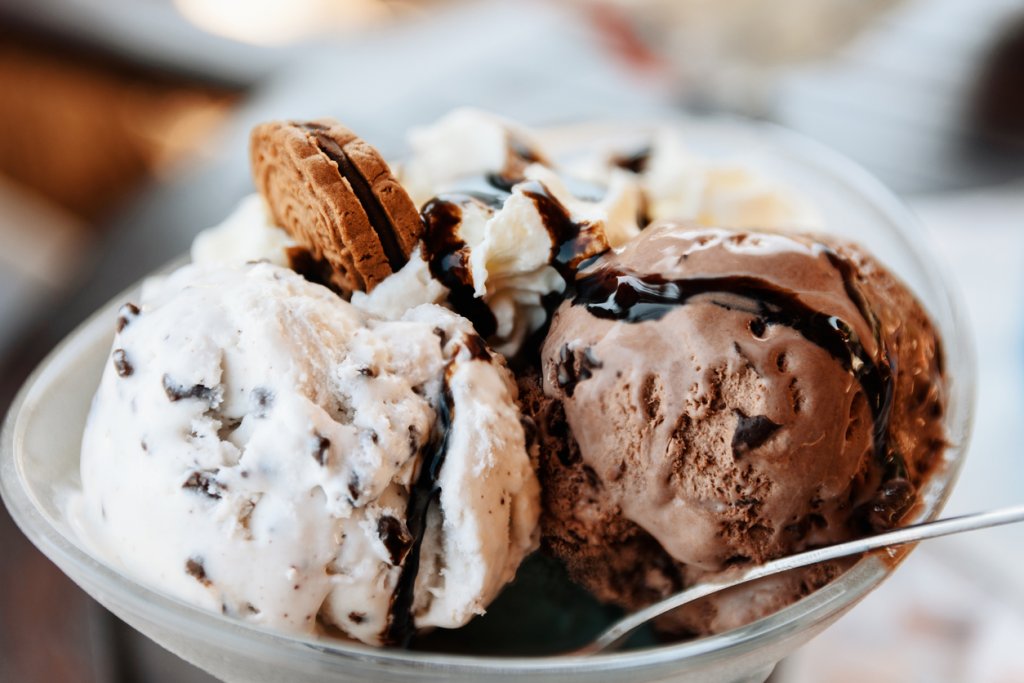 The foods that are causing the difficulties with your blood sugar and insulin levels will also have an adverse impact on your sleep. And if you’re eating in the middle of the night, that makes matters even worse.

If you feel the need to have a night time snack, look to healthier foods that will fill you up without encouraging you to eat more calories than you can burn, here are some wiser choices:

The post What Factors Drive Women to Binge Eating at Night? appeared first on Prime Women | An Online Magazine.