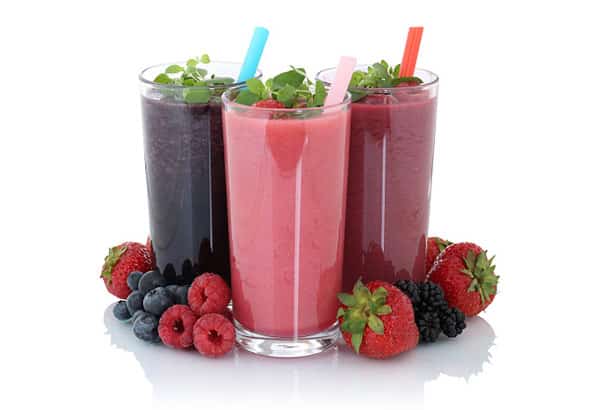 The flu already? We’re hardly thinking of the holidays and the Centers for Disease Control and Prevention (CDC) has just announced that while flu season is officially December to March, October is seeing its first cases.

Since preventing the flu is serious business, along with the CDC’s recommendations, you can daily fuel your body’s ability to combat this lurking viral enemy. Think fuel. Think power foods.

So, what are considered power foods?

According to Health, “Those deemed ‘super‘ by nutrition scientists are packed with antioxidants, fiber, vitamins and minerals, and other nutrients that can help you live longer, look better, and even prevent disease.”

So, no need to click the heels of your ruby red slippers for a little immune boosting magic. Flu fighting magic lies inside a power foods packed Ruby Red Super Smoothie. Here are my favorite two delicious ways to enjoy an immune boosting smoothie. With a little prep, it takes just a few moments to make it fresh, and it is definitely worth the effort. For a quick drink with even more power foods, I love the ease of NuMedica Power Reds Strawberry Kiwi.

Either way, sip to your health!